This Chick Fil A sauce recipe is so creamy, flavorful, and tastes exactly like the iconic one from the restaurant. And the best part about this recipe is that it's made with just a few simple ingredients in only 1 minute!

THE BEST CHICK FIL A SAUCE

If you've ever been to Chick Fil A, there's a good chance that you've had their sauce.

But, if you've never had it and are wondering what is Chick Fil A sauce is, it's a creamy, tangy, and sweet dipping sauce with a flavor like nothing else.

Honesty, I don't even know what to compare this homemade Chick Fil A sauce recipe too since it has such a unique flavor.

Seriously, the sauce taste so good, and nothing really compares to it.

And since I'm such a fan of it, I decided to see if I could come up with my own version that's just as tasty.

Well, spoiler alert, I did. And this copycat dipping sauce recipe is amazing. Not only is this sauce just as tasty, but this homemade Chick Fil A sauce takes just 1 minute to make!

But it also goes really well with a ton of other things like this crispy spicy chicken sandwich, steak egg and cheese bagel sandwich, and fried pickles.

Oh, and for the full experience, you might as well make this Chick Fil A cookie recipe to complete the meal.

So, the Chick Fil A sauce ingredients are super simple. You only need 4 ingredients, and you might have everything you need in your fridge and pantry!

Here are the ingredients for this copycat Chick Fil A sauce:

How simple is that?

Now, as you can see, the BBQ sauce is an optional add-in. However, I think the sauce is just as delicious without it, so you can choose whatever you want!

Oh, and by the way, if you have some mayonnaise left over after whipping up this recipe, you can always put it to good use by making our copycat Wingstop ranch dressing recipe next.

HOW TO MAKE CHICK FIL A SAUCE

As I mentioned earlier, making this sauce recipe is beyond easy to make.

All it takes is 1 minute total, that's it! So you'll definitely want to make the nuggets first, and then whip up this homemade Chick Fil A sauce to go with them.

Ok, let's not waste any more time and make this copycat Chick Fil A sauce!

Step 1: Mixing The Ingredients Together

To make the sauce, first, take out a small bowl and add the mayo, yellow mustard, honey, rice vinegar, and the barbecue sauce if you're using it to the bowl.

Then, mix all of the sauce ingredients together until they're completely combined, and you have one sauce.

Now serve it with waffle fries or regular french fries and chicken nuggets or chicken tenders, and enjoy!

HOW TO STORE CHICK FIL A SAUCE

This copycat Chick Fil A sauce will make quite a few servings, so you should have some dipping sauce left for the next few days to enjoy with whatever you want.

Plus, this homemade sauce stores super well and tastes incredible leftover since the flavors get a chance to meld together.

So if you have some left, transfer it to an airtight container or sealable glass jar, and this copycat Chic Fil A sauce will last in the fridge for about 3-4 days.

FAQS ABOUT THIS CHICK FIL A SAUCE RECIPE

What is the Chick Fil A sauce made of?

The Chick Fil A sauce is made of mayo, yellow mustard, honey, BBQ sauce, and rice vinegar. Yup, 5 ingredients are all you need to make it! And you really don't even need the barbecue sauce for it to taste amazing. I've made it with and without and I think it's equally as good, that's why I listed the barbecue sauce as optional!

What is the secret ingredient in Chick Fil A sauce?

The secret ingredient in the Chick Fil A sauce is definitely honey. It balances out the smokey barbecue sauce and gives it a slightly sweet flavor and great texture. It's such an underrated ingredients addition that really adds an element the sauce can't do without. So, with that said, don't skip out on the honey - the sauce simply won't taste the same without it.

What is Chick-fil-A most popular sauce?

The most popular sauce at Chick Fil A has to be this one - hence why it's just called "Chick Fil A sauce" - or the Chick Fil A honey roasted BBQ sauce. Both are super unique and you really can't get the dipping sauce flavor anywhere else. Well, unless you make this recipe to recreate the signature Chick Fil A sauce!

Well, that is how to make Chick Fil A sauce with just a few simple ingredients, & in 1 minute flat!

This copycat Chick Fil A sauce recipe tastes so much like the one you'd get from the restaurant.

It's creamy, tangy, sweet, and just insanely delicious! And, honestly, it's so much easier to make homemade Chick Fil A sauce than driving to the restaurant.

Anyway, I hope you enjoy this Chick-Fil-A sauce recipe as much as we do at our house. Everyone who tries it loves it and I think you will too.

If you make this sauce recipe copycat Chick Fil A version, leave a comment below and let me know what you think.

If you want to give some more homemade sauces a try, we have a ton of delicious ones you make!

Chick Fil A Sauce Made In Just 1 Minute 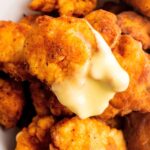 This Chick Fil A sauce is so creamy, flavorful, and tastes exactly like the iconic one from the restaurant. But it's made at home with simple ingredients in just 1 minute!